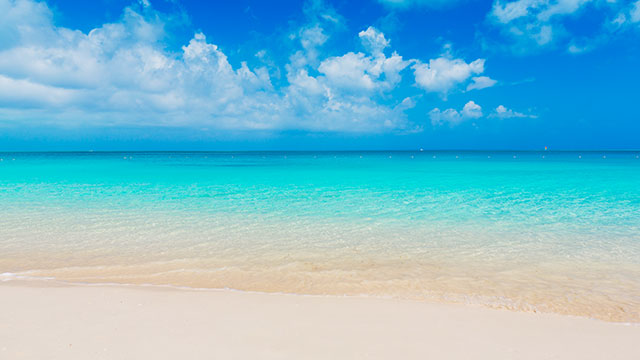 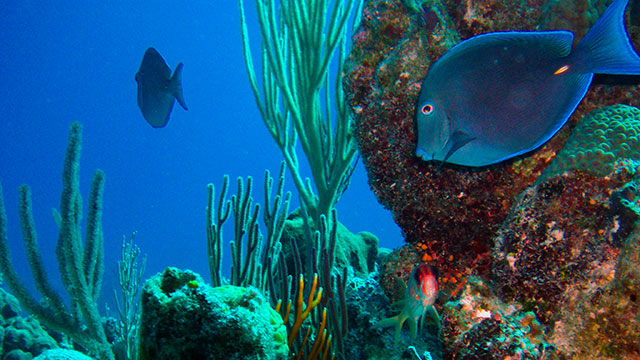 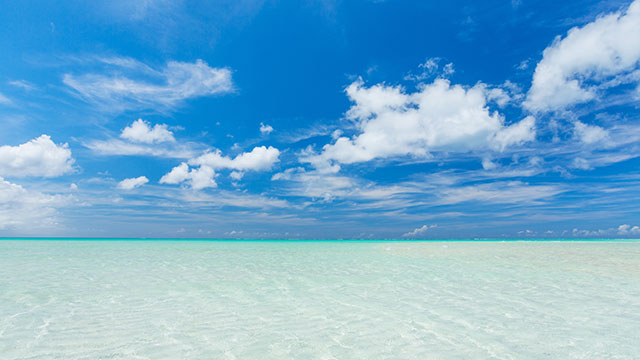 Why Turks and Caicos?

There are 40 islands in the TCI. As the name suggests, there are two island groups. The Turks Islands to the east and the larger Caicos Islands archipelago to the west. There are 8 major islands in the TCI chain: Grand Turk, West Caicos, Providenciales (Provo), North Caicos, Middle Caicos, East Caicos, South Caicos, and Salt Cay. Only 6 of these islands are inhabited. Travel between the islands is easy and convenient, and is available by air or by sea depending on your destination.

Located on the northeast coast of Provo, stunning Grace Bay Beach was voted TripAdvisor’s 2nd best beach in the world and for good reason. The soft white sand is free of rocks, seaweed, and pollution. The turquoise water is warm and the waves are gentle, as Grace Bay Beach is protected from the Atlantic Ocean swells by the barrier reef. 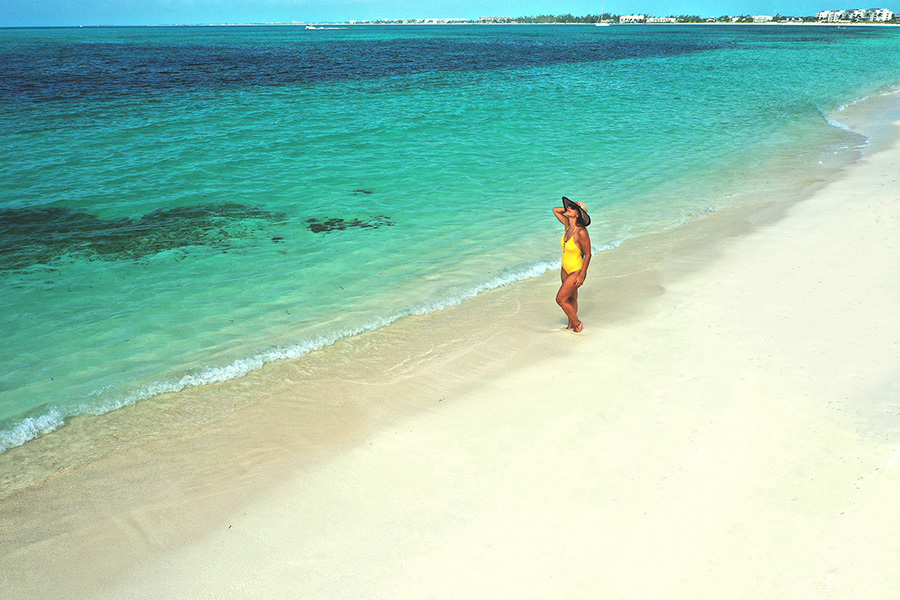 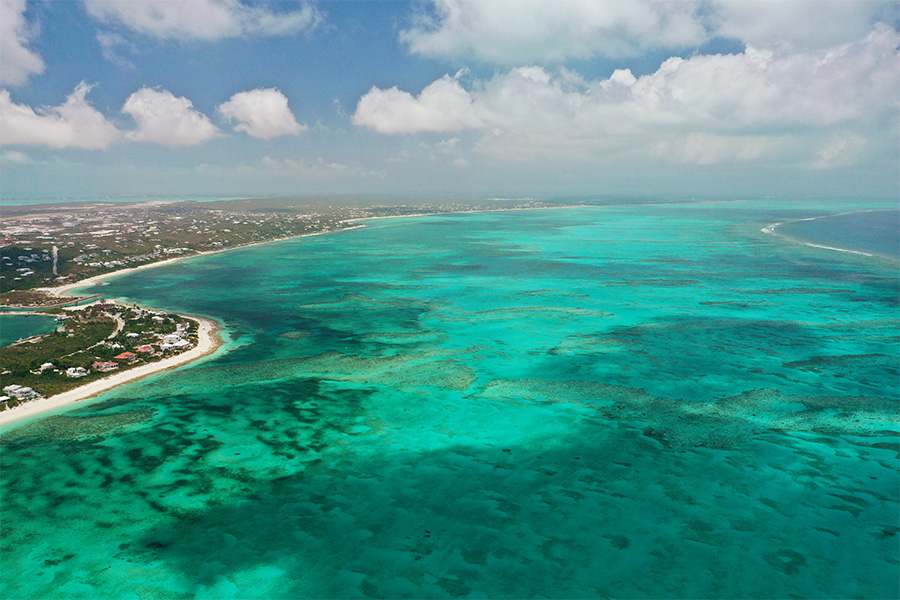 English is the official language of Turks and Caicos. The TCIs are a British Overseas Territory and has an elected government similar to the United Kingdom. 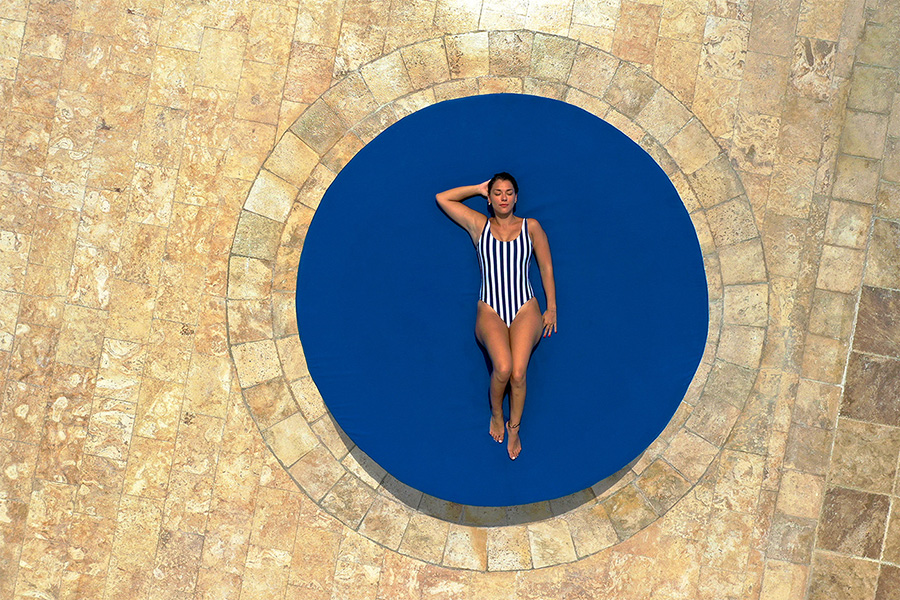 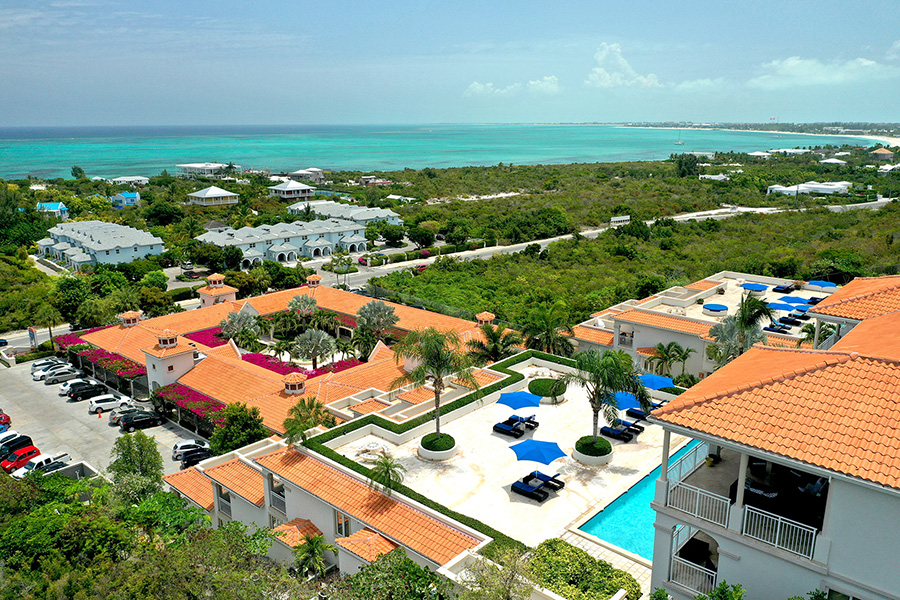 Proximity to the U.S.A.

The Turks and Caicos Islands are located in the North Atlantic. Situated between the Bahamas and the Dominican Republic, the TCIs are only a 1-hour flight from Miami and a 2.5-hour flight from New York.

Diving in the Turks and Caicos is world renowned. The third largest barrier reef in the world and sheer walls make for excellent dive sites, including interesting wrecks near South Caicos. Most popular dive sites in the TCIs are located in protected nature reserves and national parks. Grand Turk is an island especially well-known for its diving industry and offers some of the best SCUBA diving in the Caribbean. Dive sites in Grand Turk are dense with tropical fish, sea creatures, and coral. If you’re looking to dive with larger marine animals, sting rays, eagle rays, green turtles, hawksbill turtles, and leatherback turtles as well as nurse sharks and grey reef sharks can be spotted on dives at Provo, West Caicos, and French Cay. Freediving is becoming popular on the island of Providenciales off Grace Bay Beach. Freedivers dive to depths of up to 60 feet without a SCUBA tank and has a lower environmental impact than SCUBA diving. This allows you to get up close and personal with a variety of marine animals, including Humpback whales! 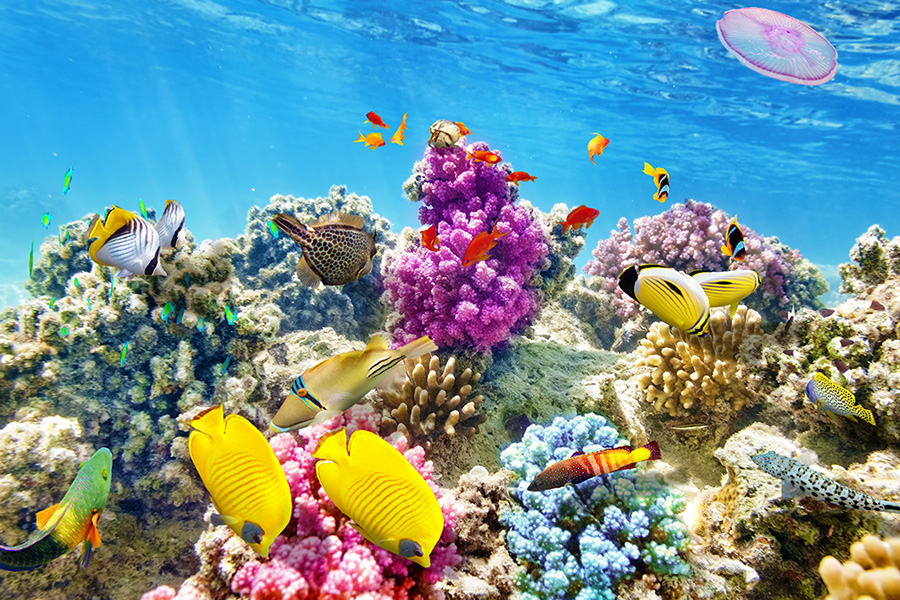 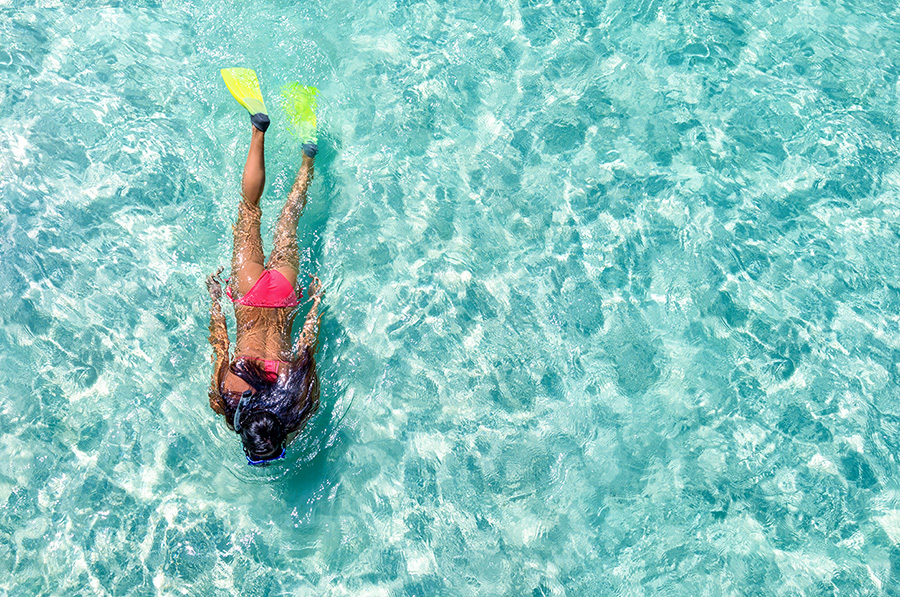 Turks and Caicos is popular for travelers seeking a range of watersports. One of the world’s largest barrier reefs surrounds almost the entire archipelago and makes all of the islands top-tier diving and snorkeling destinations. Mangrove wetlands cover a large area of the Turks and Caicos and these shallow waters are best discovered by paddle boarding and kayaking. Wind and waves on the coast of Provo, South Caicos, and North and Middle Caicos create ideal conditions for surfing and kiteboarding.

Each year, Humpback whales migrate from the northern Atlantic Ocean to warmer Caribbean waters to mate and give birth. Grand Turk and Salt Cay are ideal locations to watch this Humpback whale migration from January to April. These islands are situated on an underwater plateau split by a deep channel called the Turks Islands Passage. When Humpbacks migrate, they are funneled through this passage and end up quite close to Grand Turk, making for excellent whale watching opportunities. 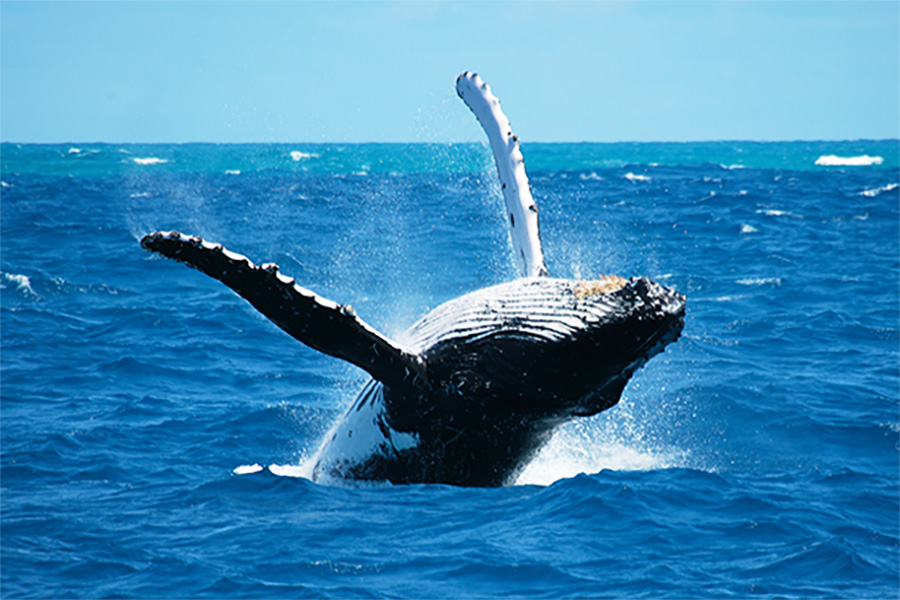 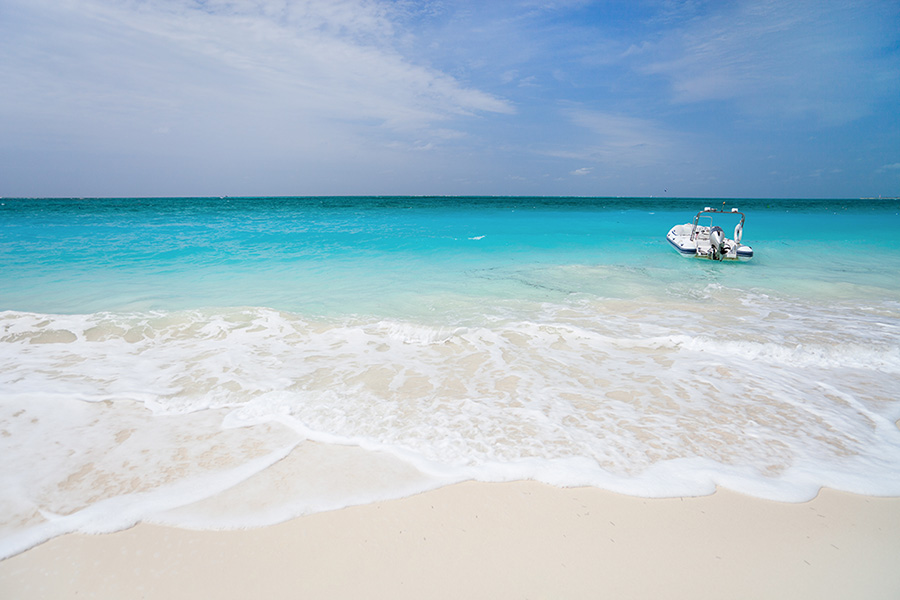 Boat excursions provide an unrivaled way to see the sights and sounds of Turks and Caicos and are one of the most popular activities for travelers visiting the islands. Boat tours can take you to the many uninhabited and breathtakingly beautiful islands and cays. Halfmoon Bay, Water Cay, and West Caicos are some of the more popular stops, but there are over 100 islands to explore! Little Water Cay is located near Provo. This little island is a nature reserve and the best place in the country to spot the Rock Iguana, a reptile indigenous to the TCIs. Gibbs Cay is found of Grand Turk and the shallow waters make it an amazing place to spot the Southern brown stingray.

Provo is the culinary center of the Turks and Caicos. Gourmet dining can be found at restaurants, cafes, and bistros in Grace Bay. Despite the limited agriculture, local food and produce is fresh. Food is either imported from the United States, a short journey away, or grown in hydroponic or organic farms on the islands. Seafood is popular and always fresh. For the true boat-to-table experience, you can go deep sea fishing on a charter and catch your own tuna, mahi-mahi, or wahoo to be expertly prepared at a local restaurant. There are no chain restaurants in the Turks and Caicos. 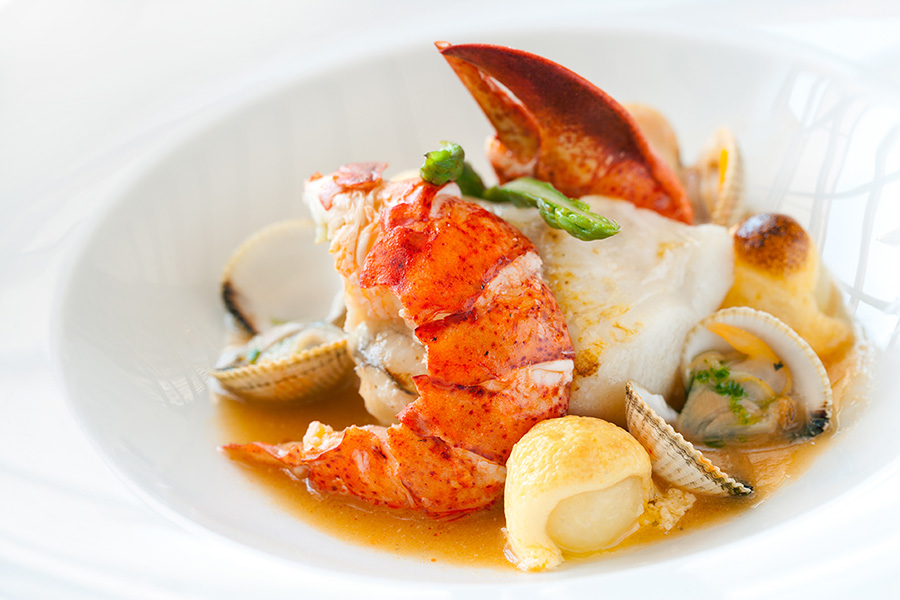